Eurasian Symposium on Hyminoptera in Vladivostok

Members of the Scientific and Research Department took part in the IV Eurasian Symposium on Hymenoptera. The meeting of scientists and researchers was held in Vladivostok from 9 to 15 September 2019. It was organised by the Far-Eastern Division of the RAS based on the Federal Scientific Centre of the East Asia Terrestrial Biodiversity.

The symposium gathered members from all the big Russian cities, as well as representatives from Japan, China, South Korea, Italy, Hungary, and Ukraine.

A palaeontological panel (palaeontology – the science dealing with fossil organisms) was presented by scientists and researchers from Moscow and Kaliningrad. Reports by A.P.Rasnitsa, D.S.Kopylov were on Burmese amber. Representatives of the Amber Museum, Senior Research Associate, Ph.D. in Biology Andranik Manukyan and Head of the Scientific and Research Department Anna Smirnova told about Baltic Amber.

"I would like to point out the high scientific level of the symposium, and the good organisation. I would like to express gratitude to A.S.Lelei and M.Iu.Proshchalykin, V.M.Loktionov, and other workers of the Far-Eastern Division of the RAS", – concludes results of the event Andranik Manukyan.

"Collection of inclusions from the Amber Museum has aroused great interest of the symposium participants, we have received many proposals to attribute the palaeontological material. We can count on the further cooperation", – adds Anna Smirnova.

Paper abstracts were published for the symposium, scientific articles of the Amber Museum workers entered the book. 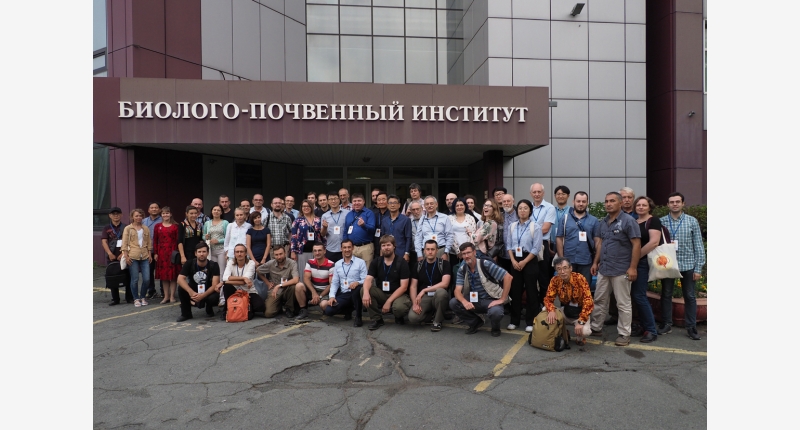