The award was given to director of the Kaliningrad Regional Amber Museum Tatiana Suvorova solemnly by Valentin Skurlov at the opening ceremony of the Second All-Russian Contest of Jewellery Art on 20 June 2014.

An outstanding jeweller of the "Faberge" firm. 28 Imperial Easter Eggs (of 50) were made with the involvement of Michael Perkhin, including such masterpieces as "Danish Palaces", "Rosebud", "Madonna Lily", "Trans-Siberian Express", "Bronze Horseman" and others, as well as seven Easter eggs for the Kelchs – Bazanovs, Easter eggs "Rothschield", "Duchess of Marlborough", "Scandinavian" and others. Perkhin's autograph is on the famous clock for the Emperor's silver wedding picturing 25 angels (1891). There were made up to 20000 items known today as masterpieces, at the Perkhin's workshop.

expert in evaluation of artistic values of the Ministry of Culture and Massive Communications of Russian Federation, Academic Secretary of the Russian Memorial Carl Faberge Foundation, candidate of art history, full holder of the Faberge order, Honoured Worker of Decorative and Applied Art. 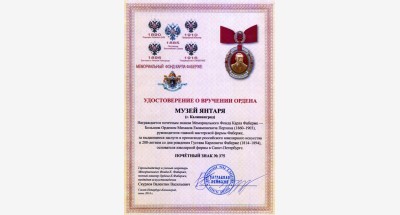 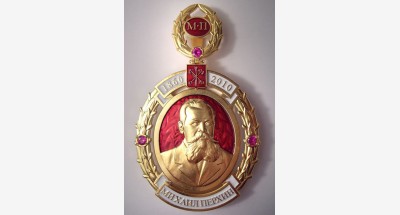