A music night "I Love You, Life"

On 4 October, performance of the male chamber choir "Image" («Ликъ») supervised by the creative and musical director Aleksandr Khainovskii. The ensemble will present a programme "I Love You, Life". Sacred music, folk and Cossack songs, romantic songs will be sung by soloists of the choir – the Honoured Artist of Russia Nikolai Gorlov (baritone), Mikhail Lishaev (tenor), Fiodor Shirko (baritone).

Male voices chants are related to the history of choir art in Russ. Since the ancient times, it ihas been an important part of church services. In the secular music culture, it was also popular – male voices sounded at festivities performing many-voiced choir songs: plangent folk, dance, military songs...

For the first time, the male chamber choir performed for Kaliningrad residents in 1990. The audience accepted the programme with enthusiasm, it included Russian sacred music, folk songs, known and loved, which made the new choir ensemble near and dear.

In the next year, 1991, the choir participated in the International Festival of Sacred Music in Moscow, then the ensemble  made a successful tour around Russia – performed in Smolensk, Yaroslavl, Novosibirsk, and other cities.

In Paris, at the World Choir Festival, "Image" («Ликъ») won the golden medal and the Honourable Diploma. With a great success the band performed at the International Festival of Sacred Music in Lourdes (France).

The successful concert activity made strong reputation of the male chamber choir – many times the ensemble represented our country participating in the Days of Russian Culture in different countries.

In 2019, the male chamber choir "Image" («Ликъ») has resumed its active concert and creative work with a new team. 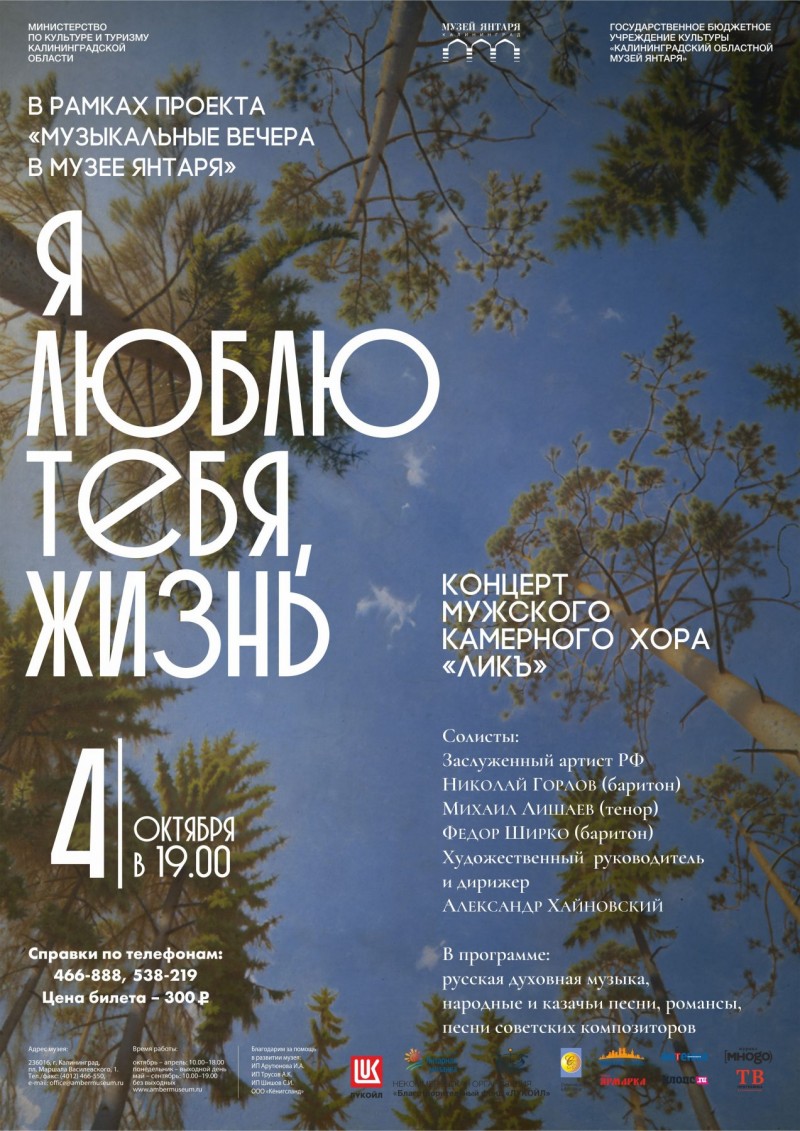