Results of the Second All-Russian Art Forging Plain Air were resumed in the Kaliningrad Amber Museum on 15 September. This time 18 blacksmiths from Moscow, Kaliningrad, Gurievsk of Kaliningrad oblast and Myshkin of Yaroslavl oblast took part in the event. Result of their work is a metal sculpture "Amber Fishers". Sketch author – artist Nikolai Tabachkov (Moscow). Theme of this work is connected with museum's researches in the sphere of "sunstone" extraction on Kaliningrad Baltic coast.

Minister of culture of Kaliningrad oblast Svetlana Kondratieva was at the ceremony.

– It has become a nice tradition to gather blacksmiths at the plain air of the Amber Museum, – said Svetlana Kondratieva. – Each of such events leaves originals works in our city and good memories by participants and viewers. The Ministry of Culture will continue to support this project. We would like to widen its geography engaging different Russian regions.

Let us recall that the First All-Russian Art Forging Plain Air was held in 2012. It was a pilot project which gave gave Kaliningrad forgers the opportunity to work with famous specialists from Moscow, Saint Petersburg, Sergiev Posad. The common work of 16 masters resulted in a unique art object – handrails for the curved bridge of the 19th century on the Upper Lake promenade. In 2013, the event was held internationally. This time, the blacksmiths made four door grilles for the museum's inner yard. Now, the sculpture "Amber Fishers" will decorate the museum's territory. 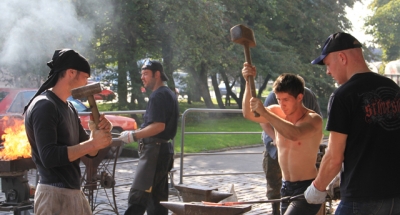 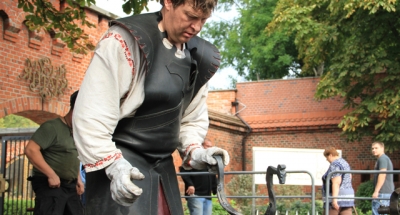 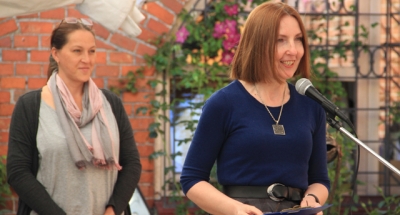 Irina Toropova, deputy director for research of the Kaliningrad Regional Amber Museum is opening the ceremony 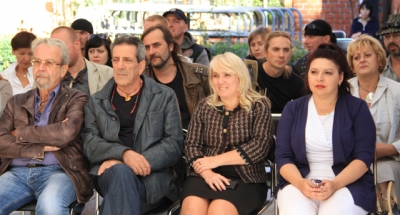 At the opening ceremony 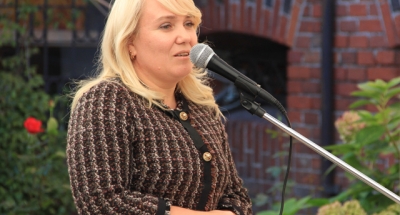 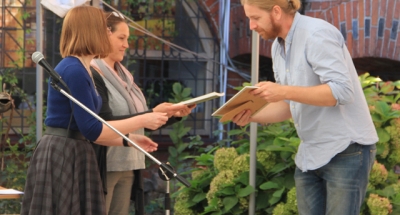 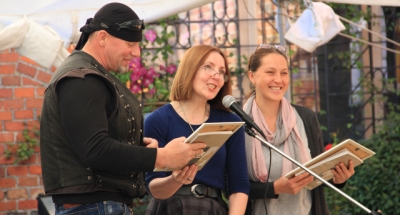 Plain air participant Boris Mikhailov is getting a Letter of Appreciation 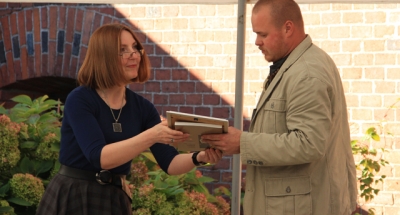 A Letter of Appreciation is being given to the plain air participant Dmitriy Igumnov, Myshkin 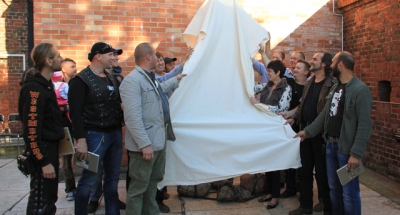 Official opening of the sculpture 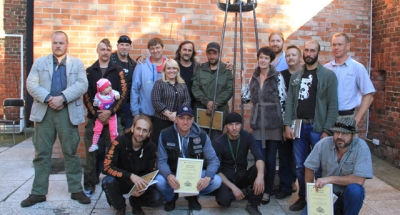