Welcome to the excursions!

Date:
9 May 2019
Source:
Press Office of the Amber Museum

On the Great Victory Day Kaliningrad Amber Museum is inviting residents and guests of the city to go up to the viewing platform of the Dohna Tower.

A guide will tell about the course of the East-Prussian operation by the Soviet Army, Königsberg assault, and history of the tower.

Building of the tower started in 1850 based on projects of two architects: captain engineer and director of the fortress building Irfügelbrecht and lieutenant engineer von Heil, in 1853 the construction was finished. The Tower was part of the city defense system and had the name of  Prussian general-fieldmarshal Friedrich Karl Dohna, who was participant of the liberation war against Napoleon invasion. The building is also a monument of the Great Patriotic War: on 10 April 1945 Soviet soldiers set the Banner of Victory over the fascist garrison of the city-fortress of Königsberg on it.

You can see a panoramic view to the modern and historical buildings of Kaliningrad from the viewing platform, as well as appraise the unique in its beauty architecture of the tower. 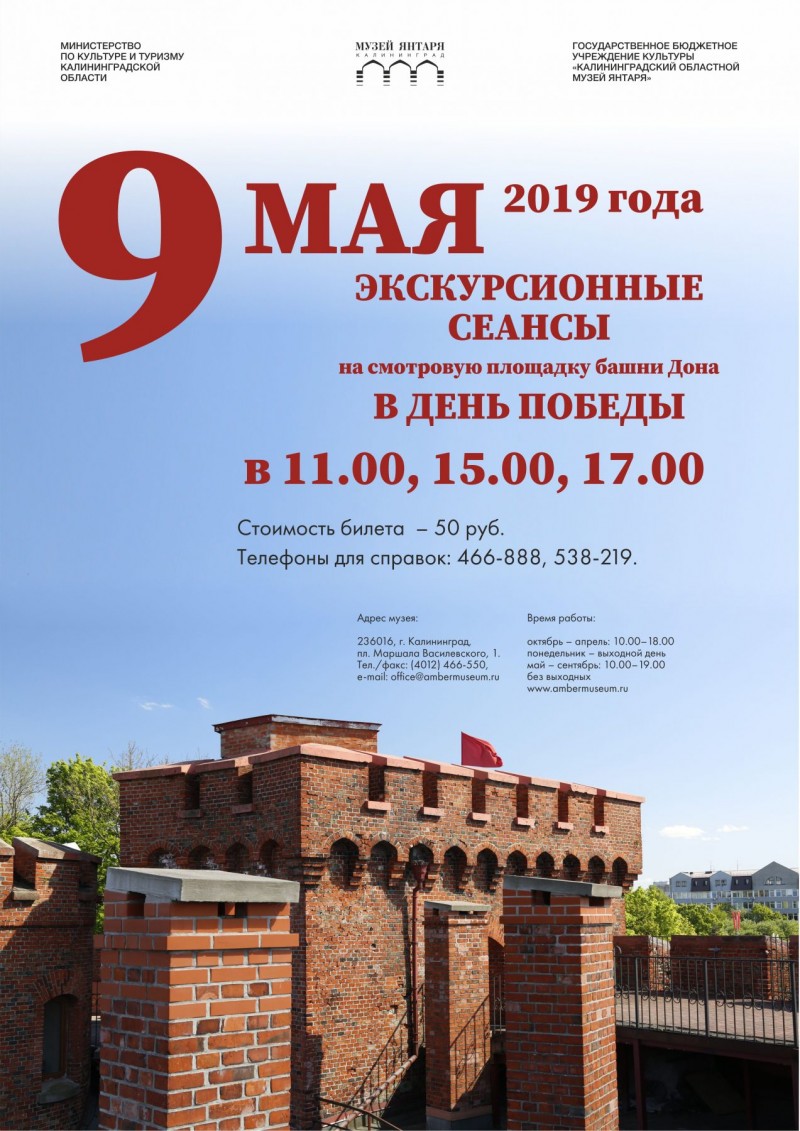