A Columbian guitar player, composer, and orchestrator D'alejandro Bonilla Restrepo is going to perform with a programme "Different Cultures – One Guitar" in the Amber Museum on 29 December.

Music pieces by Dilermando Reis, Joaquin Rodrigo, Fernando Carulli, Mario Orozco, and other Brazilian and Spanish composers, as well as variations to the theme of Russian romantic songs will be played.

In 2013, he graduated from Tolima Conservatory, department by Daniel Moncallo in Ibagué – "music capital" of Columbia. Then he was a soloist of the Chamber Orchestra of the Ibagué University directed by the maestro Carlos Manuel Fernández​, Symphonic Orchestra of Tolima University directed by Cesar Augusto Zambrano, as well as performed in concert halls of different cities of Columbia.

In the course of his career D'alejandro Bonilla Restrepo has participated in workshops by such musicians as Leo Brouwer, Pirai Vaca, Jose Antonio Escobar, Alexis Méndez​, Jorge Luis Zamora, as well as in the Ibero-American Guitar Seminar that took place in Ibagué.

In 2018, he was a special guest at the event "Much Closer: the Country of Flowers and Sounds of Columbia"in Rothenthurm (Switzerland), in the ending 2019 he has been invited as a composer to a short film "By the Touch"directed by Andrei Buianov.

On 29 December, the musician is playing for the first time for guests of the night programme in the Amber Museum. 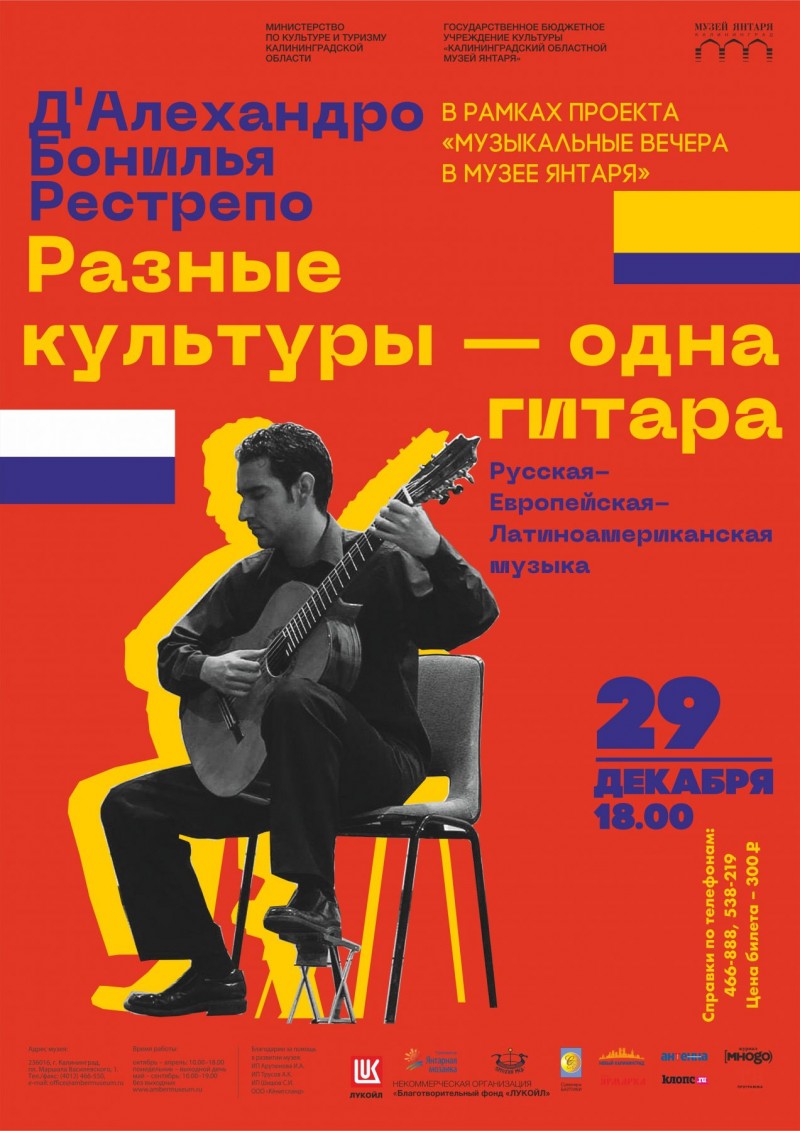