The exhibition "The Russian Baltics" works in the Kaliningrad Regional Amber Museum from 15 November to 22 December. The association is facing its 10th anniversary.

Guests will see 11 directions of decorative and applied art with amber – jewellery, textile, clothing, glass, leather items, ceramics, toys, graphics, etc. There will be three collections: "Lanetika", "Prussian Honey", "The Baltics". Each of them reflects philosophy of the association – synthesis of cultural heritage of people from Russia and Baltic states, and contemporary art, where amber, the symbol of Kaliningrad region, the cornerstone of cultures and generations continuity.

All works were designed and made by 14 artists and masters from the association "Prussian Honey".

For 10 years of its existence, the brand "Prussian Honey"has become well-known not only in Kaliningrad region, but also beyond its borders. Annually, the Prussian Honey takes part in exhibitions of arts and crafts in Moscow and other Russian cities, as well as abroad – in Germany, Lithuania, Poland, France, and other European countries. The association has represented Kaliningrad region at Russian and international forums many times, it has many awards. 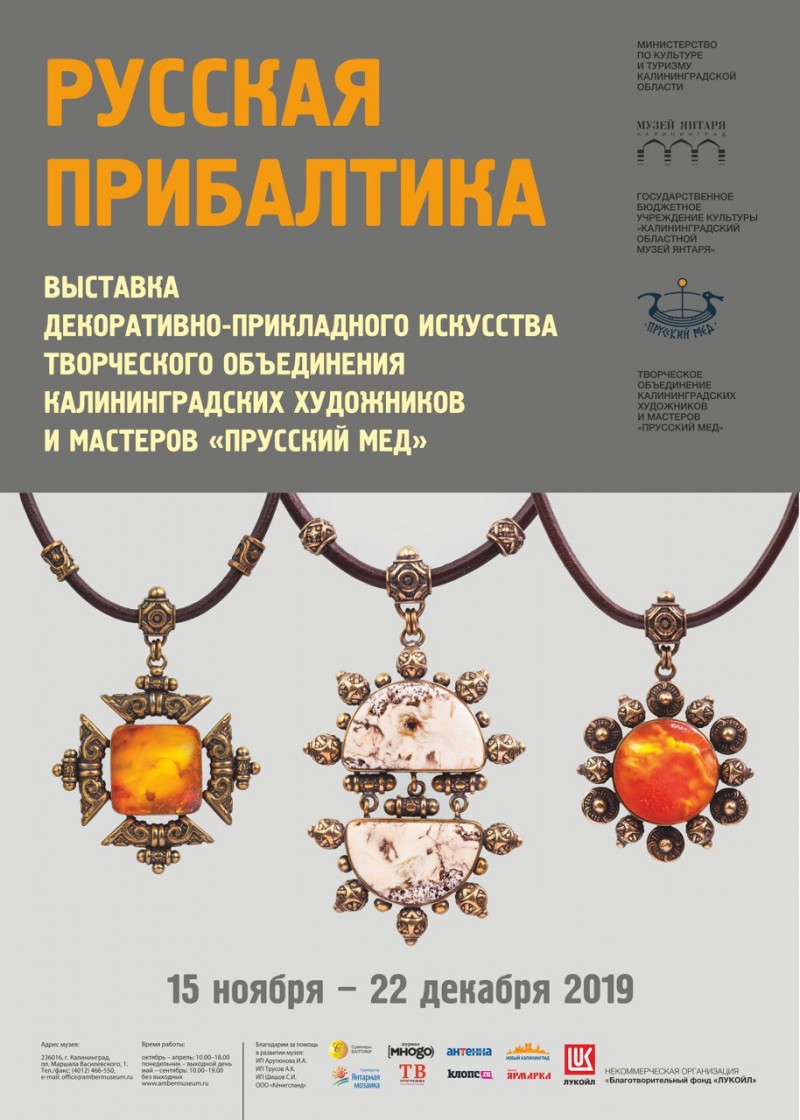