Session of the World Amber Council in Gdansk

From 27 to 30 June the leading research associate of the Amber Museum Zoia Kostiashova took part in the session of the World Amber Council in Gdansk. She reported on the theme "Current issues of the amber industry in Kaliningrad oblast in 2018 – 2019".

The council consists of the famous scientists, experts, and amber artists from countries of the Baltic region, Belgium, Spain, North and Central America, China, Lebanon, and Ukraine. It was established in 2006. Sessions of the council are held once a year in the Gdansk main city hall building.

Council members delivered reports on the most significant event concerning the extraction and working of amber and other fossil resins, museum and exhibition activities, they also told about new scientific discoveries in palaeontology and geology of amber. There were also public lectures for amber experts and admirers "Promotion of amber by the Mayor of Gdansk Paweł Adamowicz. Scientists and researchers, museum workers and representatives of the Gdansk Mayor Office from Poland and other countries gave reports. They told about the invaluable contribution by untimely departed Paweł Adamowicz to development of the amber industry in Poland, as well as about the attention he paid to the foundation of the Amber Museum and promotion of the sun stone. Scientists from the Gdansk University and collectors of inclusions from Hamburg C.Hoffeins and H.Hoffeins and J.Damzen from Vilnius presented new holotypes of insects named after Paweł Adamowicz. 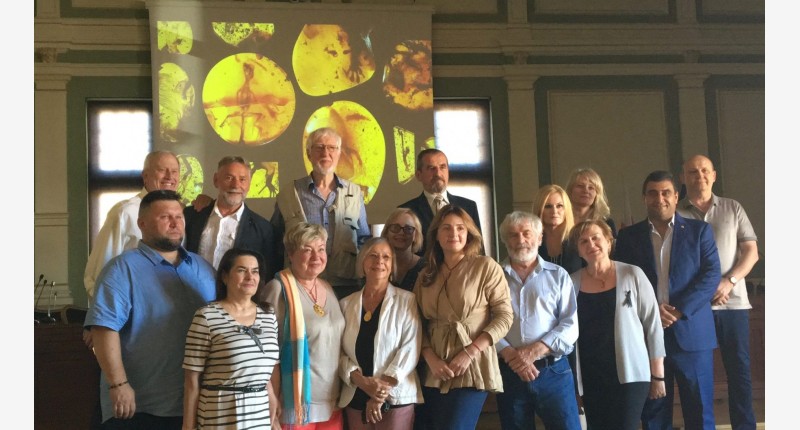