Aiming to preserve historical and cultural heritage of the region, Kaliningrad Amber Museum offers photo artists to create like Mia Brachert a series of images of amber objects. M.Brachert – wife of the famous German sculptor Hermann Brachert – left a mark in the history as photographer. It was she, who was invited by Alfred Rohde to create illustrations for his famous book "Amber. German Material" (Berlin, 1937).

Amber. or to be exact amber items are very "complicated" objects to take photos of, that is why they can be means to reveal mastery of a photographer and his/her skills to create the further "photo image" of the object using modern technologies and to show additional expressive sides of the Amber Museum's showpiece.

During March and April 2019 one showpiece from the Museum's collection made with the use of amber is available to artists for photo shooting. Every Monday according to the schedule, which is made as result of the photographers' registration by the phone 460613 or personally, the museum gives the opportunity (only in the museum) to take photos: the showpiece handing-out, control of the shooting conditions and preservation of the showpiece are provided by workers of the Amber Museum.

For the Fourth Contest of Amber Artworks Photography the Scientific and Methodological Council of the Museum it was decided to choose the work by Kaliningrad author Boris Serov – a casket "The Golden Fish" (19 х 17 х 17 cm, amber, metal). The casket was made in 2008. Author of intaglios on the theme "Bosom of the Sea" is Kaliningrad artist Alexandr Yuritsyn. 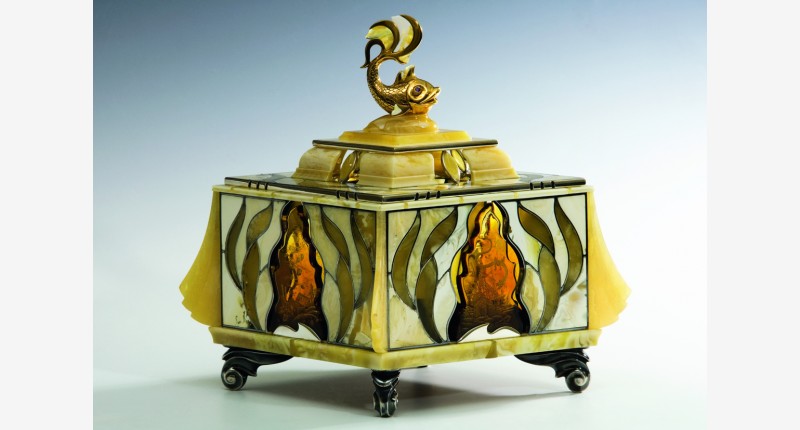