Themed sessions for children dedicated to the Königsberg assault and the Day of Victory in the Great Patriotic War take place in the Amber Museum. The first ones who visited the museum were second-year students from the school No 7, Kaliningrad. Accompanied by a guide, children went up the fortification tower "Dohna", where on 10 April 1945 the Banner of Victory was set up symbolising the end of the Königsberg assault operation.

The museum teacher told about the building of the fortification ring around the city, about the history of the Dohna tower, the course of East-Prussian operation of the Soviet Army and assault of Königsberg. A talk about life and hopes of people in the war time, patriotism and courage of Soviet soldiers was held in an exhibition hall of the museum.

The students found out, what a letter from front meant for relatives and about the military censorship, which checked every word. Then they read the poems about military post, as well as learnt how to make a postal triangle as it was done during the Great Patriotic War.

The sessions are conducted by prior registration from Tuesday till Friday. 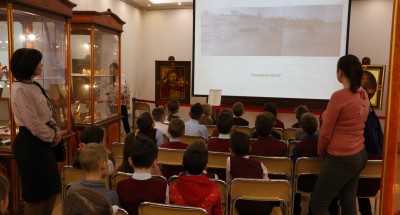 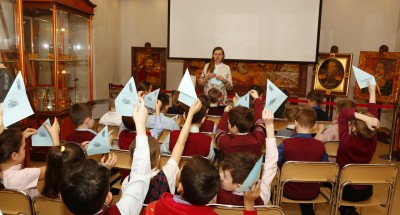 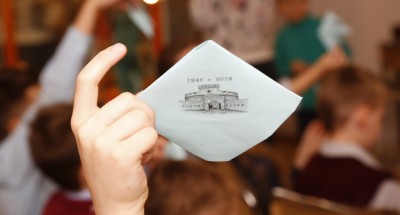 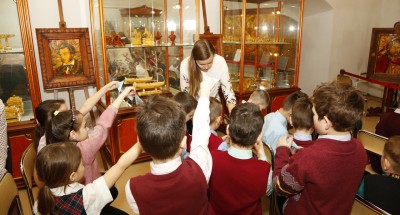 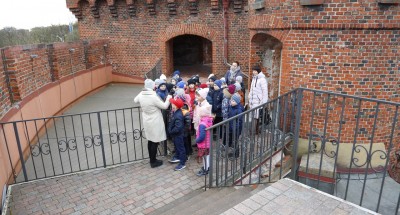 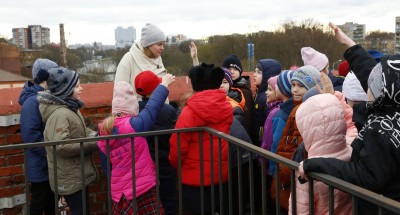