Presentation of the project "Touch of the Light"

In the museum's inner yard, there was a tactile miniature of the Dohna Tower made from sculptural plastic by Mikhail and Olga Shu (Moscow). The masters have specially come to Kaliningrad to present their work, as well as to see the museum building with their own eyes. Currently, they are ones of the leading specialists in this area. Their works are in the expositions of the Pushkin State Museum of Fine Arts, Museum of Contemporary Art "Garage", Museums of the Moscow Kremlin, Museum of Russian Impressionism, and others.

Within the project presentation, there was a guided tour of the permanent display of the museum for representatives of the Kaliningrad Department of the Russian Society of Blind People and Association of Disabled Young People "Apparel". Speech of a museum's employee was followed by audio descriptions of the key show pieces of the museum for blind people by a specialist from Moscow Taisa Marchenko. Participants of the guided tour could also hold in their hands tactile copies of some show pieces from the Amber Museum's collection made of polyether resins in the Igor Smirnov Studio. An intaglio and a cameo from Baltic amber were made by Kaliningrad artists Alexander Korolyov and Alexander Yuritsyn.

The tour was followed by a workshop in amber treatment in the interactive area "Workshop of an Amber Artist". Everyone who wanted also made a scroll with a stamp using a copy of an amber stamp from the 18th century. 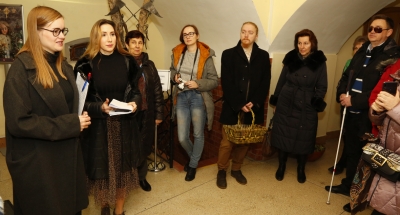 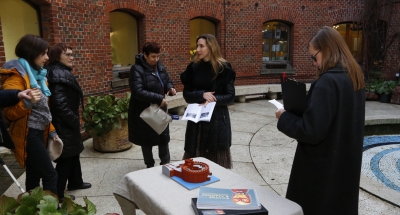 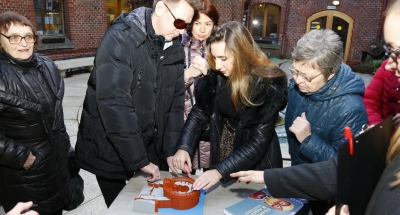 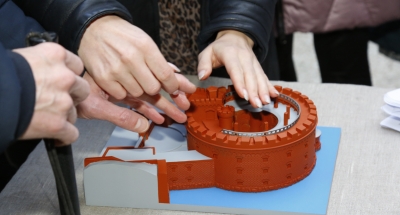 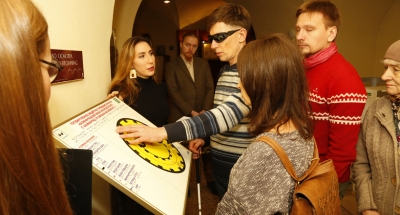 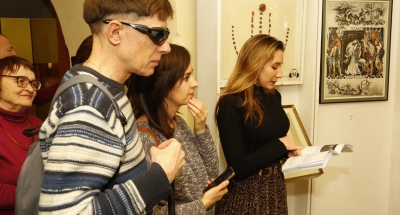 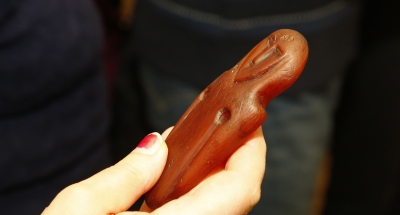 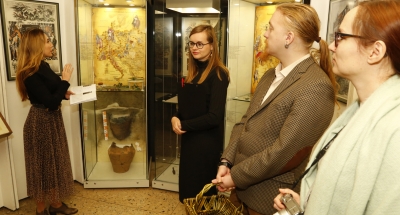 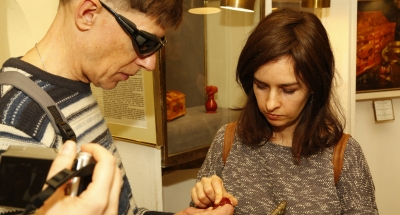 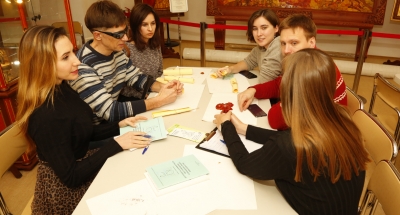 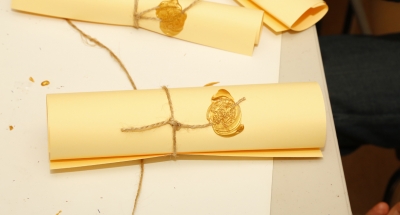 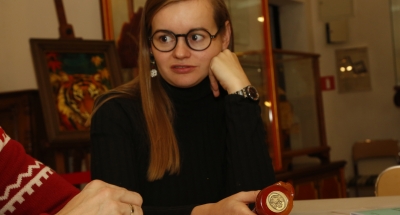