From 13 December, the Kaliningrad Regional Amber Museum is presenting a collection of Russian silver artworks from the 16th – early 20th centuries from museums of Arkhangelsk

Most part of the exposition is ecclesiastical items: embossed icon frames and their fragments – venets ( an applied halo on an oklad) and tsats (crescent-shaped pectoral decorations), as well as church plate – chalices, ostensoria, and lampions. There is also a not less valuable collection of household items from the 19th – early 20th centuries, that decorated home interiors: a writing set, candle-sticks, small vases, salt cellars, candy dishes, napkin rings. A collection of jewellery and accessories is an interesting addition to the exhibition.

All of them are made in Russian workshops by silversmiths from Moscow, Saint Petersburg, Kiev, Kostroma, also by masters from the northern cities – Arkhangelsk and Velikiy Ustyug. The artworks were made using various techniques of metal working, which Russian masters had been using since ancient times: embossing, forging, filigree, stamping, guilloche work, blackening, enamelling, gilding.

The history of how this collection was formed is worth special attention. In the 1960s the first museum expeditions were held around the Arkhangelsk region, in the broad acres of which in forgotten churches and chapels, in family collections unique items of the mediaeval art are kept. For the 50 years, the Arkhangelsk museum association "Artistic Culture of the Russian North"a unique collection of silver artworks has been gathered – over 700 ecclesiastical and secular objects from the 16th – early 20th centuries. More than 100 of them will be first exhibited in the Kaliningrad Regional Amber Museum from 13 December 2019 to 16 February 2020. Due to inscriptions, stamps, emblems, and monograms they are very valuable as a source of information, they help to discover amazing pages of the national history.

The opening ceremony of the exhibition "Russian Silver Artworks from the 16 – early 20th centuries" takes place on 13 December at 17.00. 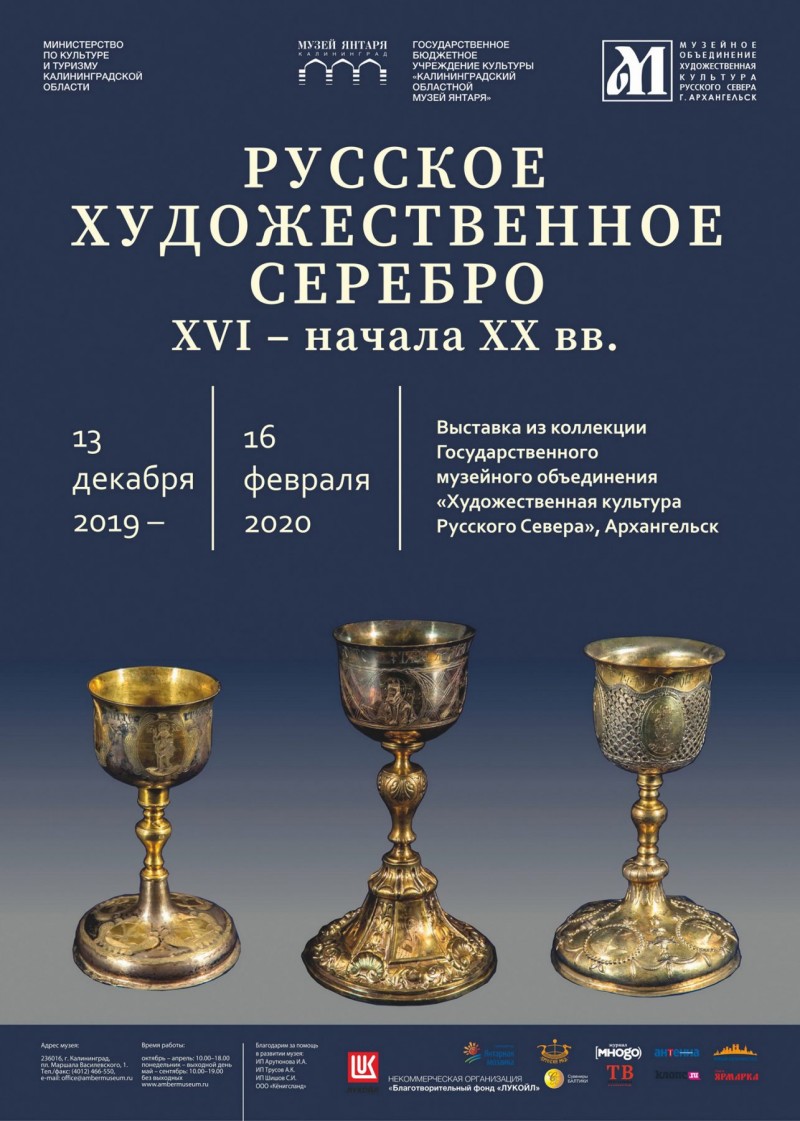